John and Sandra have a huge heart for their community and church family! John was saved and baptized through the youth ministry here at North Goodland when he was 16 in 1998. John began pastoring at North Goodland in 2005 after receiving his bachelor’s degree from Baptist Bible College in Springfield, MO. He was the youth pastor from 2005 until 2016. The church called John as senior pastor in September of 2012. John and Sandra were married in 2005 and have two boys, Anthony and Josiah. John and Sandra are excited to see all that God has in store for North Goodland as well as the Imlay City area. You can contact John directly at john@northgoodland.org

They would love to get to know you, so come on out and visit really soon! 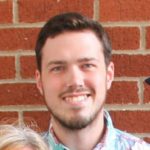 As a pastor’s kid, Greg grew up in church, and at the age of 6 was saved and baptized. He was a part of the youth group at North Goodland until he graduated from Imlay City High School in 2009. After graduating from Liberty University in 2013 with a bachelor’s degree in Religion with and emphasis on Youth Ministry, Greg returned to Imlay City and served as a volunteer with the youth group at North Goodland. Greg was brought on staff at North Goodland as the Youth Pastor in May of 2019, and his desire is to see our students become dedicated followers of Christ and understand that they play a role in the church right now. He looks forward to helping equip students to be faithful followers of Christ who are passionate about sharing the Gospel. You can contact Greg directly at greg@northgoodland.org 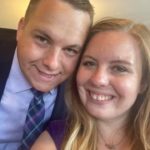 Kelsey has lived in Michigan almost her whole life. She graduated from Marlette High School Class of 2007. Kelsey was saved when she was 15 years old and rededicated her life to Christ in baptism when she was 21. After graduating she married David in 2008, while living in Florida, and then received an Associates Degree in General Education at Daytona State College. She and David moved back to Michigan in 2012 and had two children, Isabella and Everett. As a family they have been attending our church since 2015 and Kelsey has been on staff since 2017. Kelsey loves serving her church as secretary and enjoys serving her community when the opportunity arises. You can contact Kelsey directly at kelsey@northgoodland.org